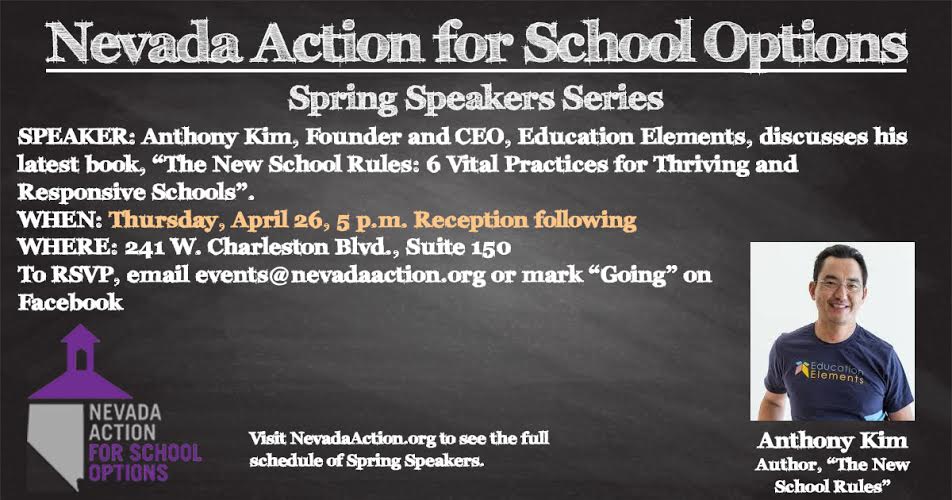 Come join us on April 26 for the second installment of our Thursday Afternoon Spring Speakers Series as Anthony Kim discusses his new book, The New School Rules: 6 Vital Practices for Thriving and Responsive Schools.

The event begins at 5, with a courtyard reception immediately following the discussion, at our office in downtown Las Vegas — 241 West Charleston Boulevard, behind Lola’s restaurant (Suite 150).

Be sure to get your RSVP in early by emailing events@nevadaaction.org or marking “Going” on the event’s Facebook page. 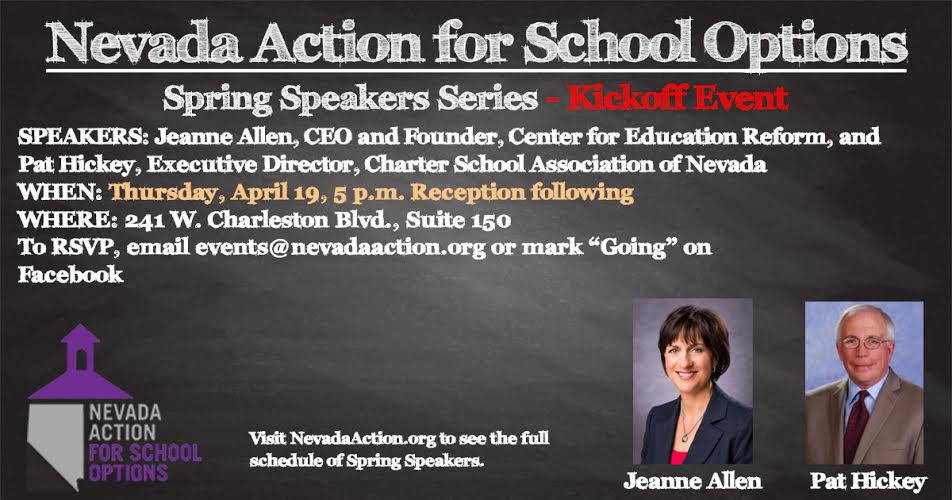 Nevada Action for School Options is thrilled to offer the Clark County education community the opening session of its Thursday Afternoon Spring Speakers Series, featuring American education reform icon Jeanne Allen along with Nevada education leader Pat Hickey, Executive Director of the Charter Schools Association of Nevada, discussing trends, developments and issues of particular importance to the education future of our community.  Please come join us at 5pm on Thursday, April 19 (Please RSVP to events[at]nevadaaction.org or by marking “going” to this event on Facebook.) 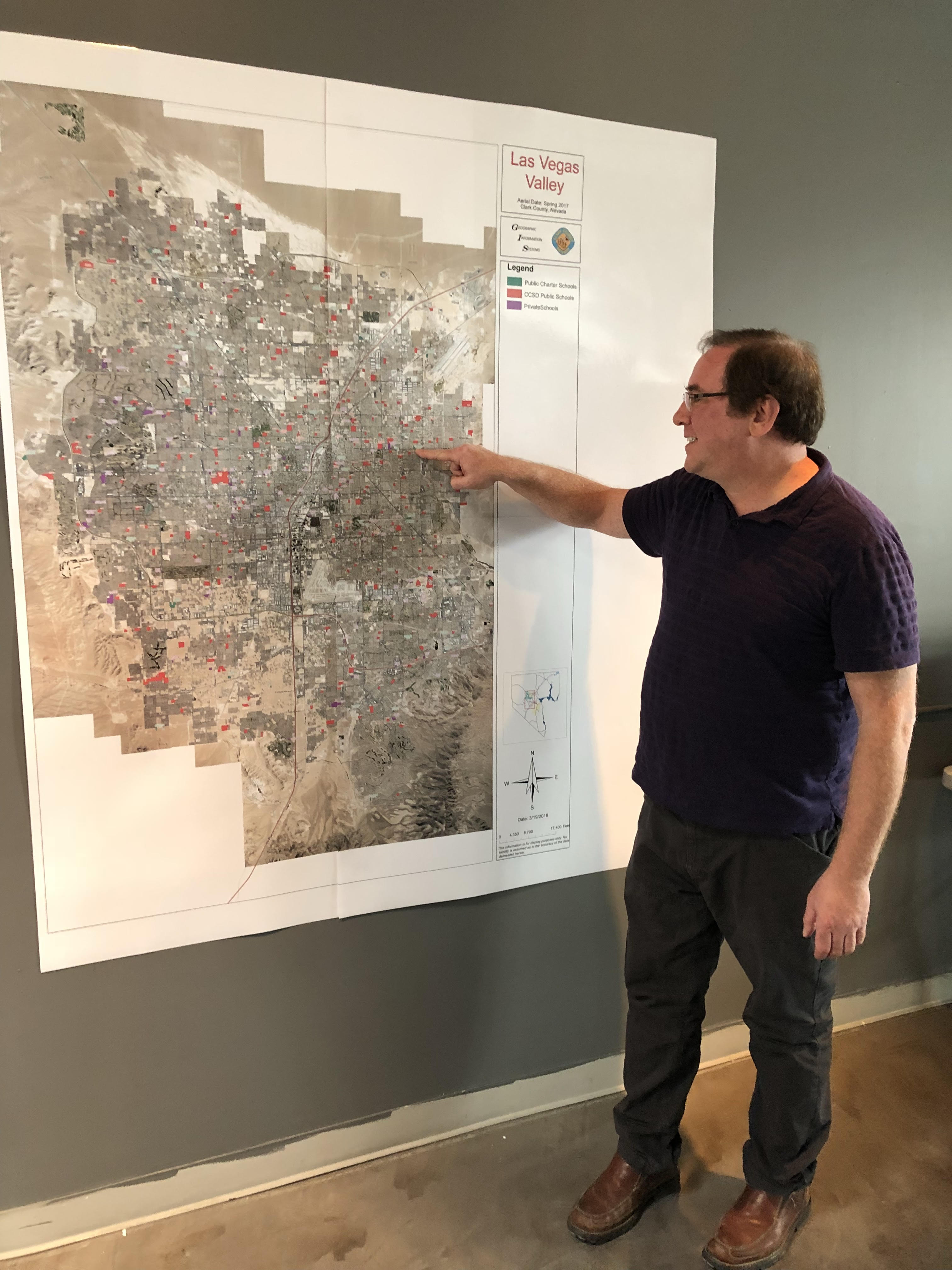 Come by sometime and spend some time with our new one-of-a-kind large wall map showing every CCSD, public charter, and nonpublic school in the Las Vegas Valley.  As we pursue our mission of advancing high-quality educational opportunities for all Nevada students, we think educators, charter school leaders and people across our community can benefit from some quality time building their understanding of where schools are, which are the most underserved neighborhoods, and how it all fits together on the map.

Has anyone else built a similar tool?  If so, please let us know, we’d love to talk about it. 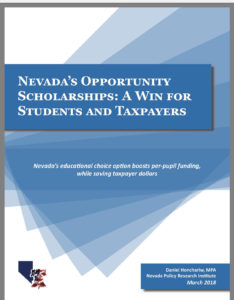