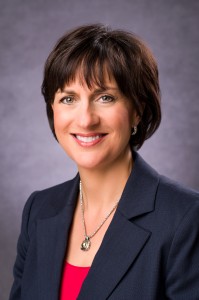 April 19, 2018       Jeanne Allen, One of the Nation’s Most In-Demand Education Reform Speakers, Kicks off Our Spring Speakers Series 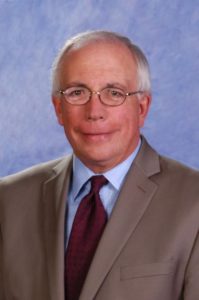 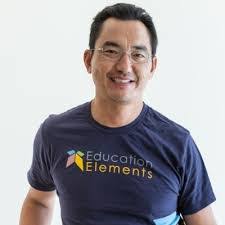 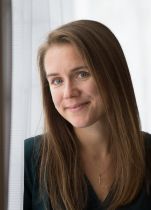 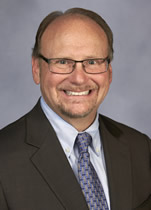 May 17, 2018           “Anniversary of the Brown v. Board of Education Decision Discussion: Nevada’s Future is Bright with Empowered Families” 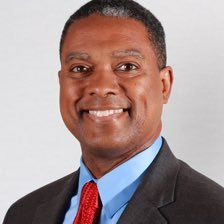 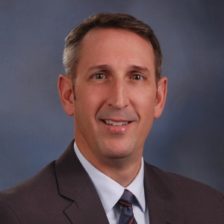 All events are free and open to the public. We strongly encourage you to RSVP to: info@nevadaaction.org 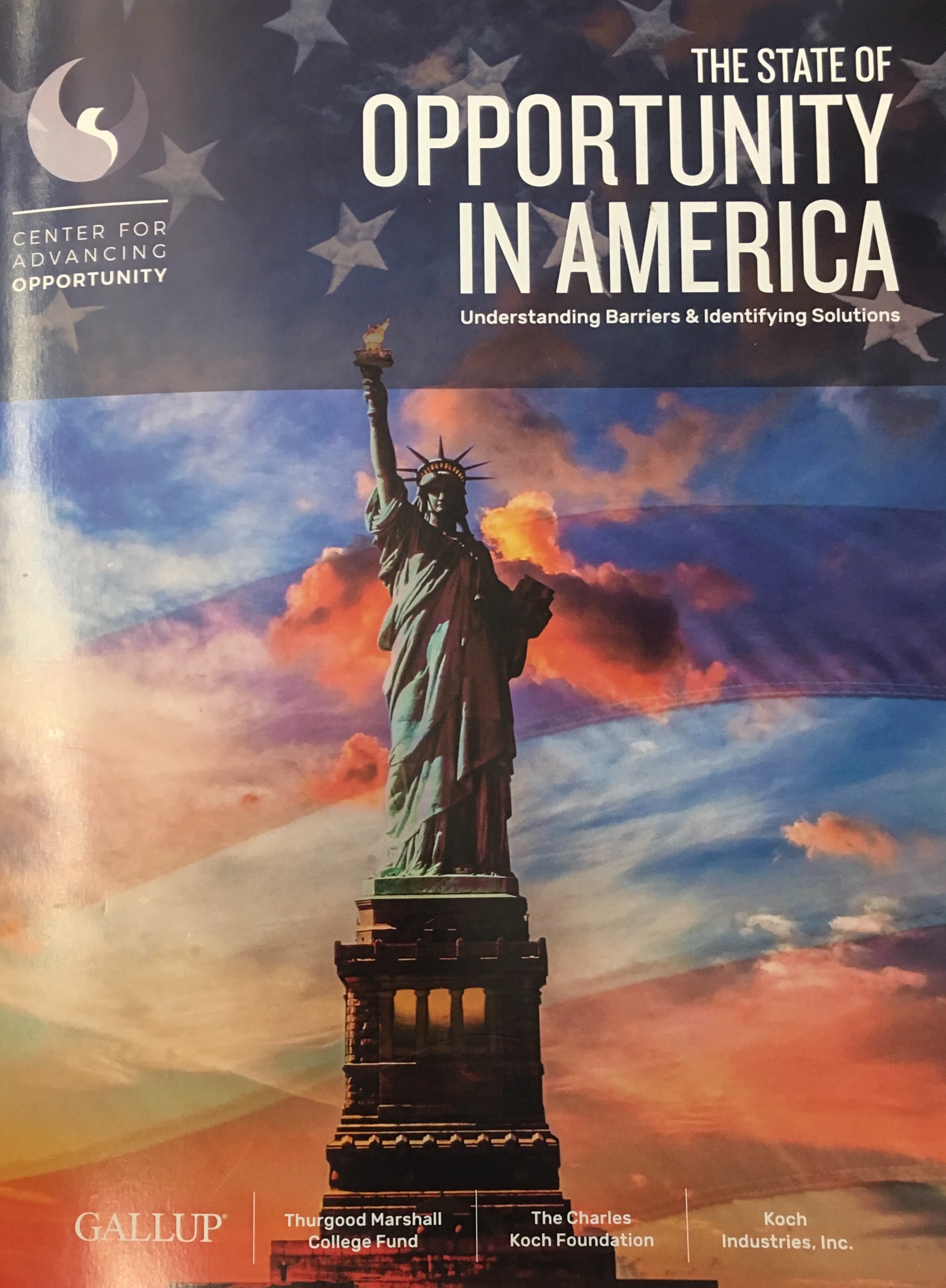 New Report: The State of Opportunity in America

Most people involved with education are are quick to point to the benefits associated with earning a high school diploma, and especially with earning a college degree.

But to Americans living in our nation’s “fragile communities,” earning a degree or professional certificate beyond a high school diploma instills a more profound sense of confidence in a person’s ability to achieve their most important goals (career, financial, health) than either their high school or four-year college diploma does.  This is according to a new study, The State of Opportunity in Ame

rica: Understanding Barriers and Identifying Solutions, published earlier this month by the Center for Advancing Opportunity

Fragile communities, for the purpose of this analysis, are defined largely by the low average socioeconomic status of their residents, including the proportion living below the poverty level and the proportion without a college degree.

In Nevada, one-third of households have annual income below $35,000.  The same holds true for households in Clark County.

People possessing a vocational or associate degree are significantly more likely to be confident in their ability to achieve their goals, according to surveys conducted by the Gallup organization.  Any increase in education levels was associated with increased self-efficacy, the research showed, and the largest gaps were between those with a high school education and those with any form of post-secondary education.

Most of us in education work to overcome barriers to graduating high school, enrolling in college, and ultimately earning a college degree.  Perhaps adding the importance of earning postsecondary professional certifications should be just as much a part of this conversation — because when it comes to the confidence we express in our ability to meet our most important goals, the payoff for these recognized certifications appears to be even greater. 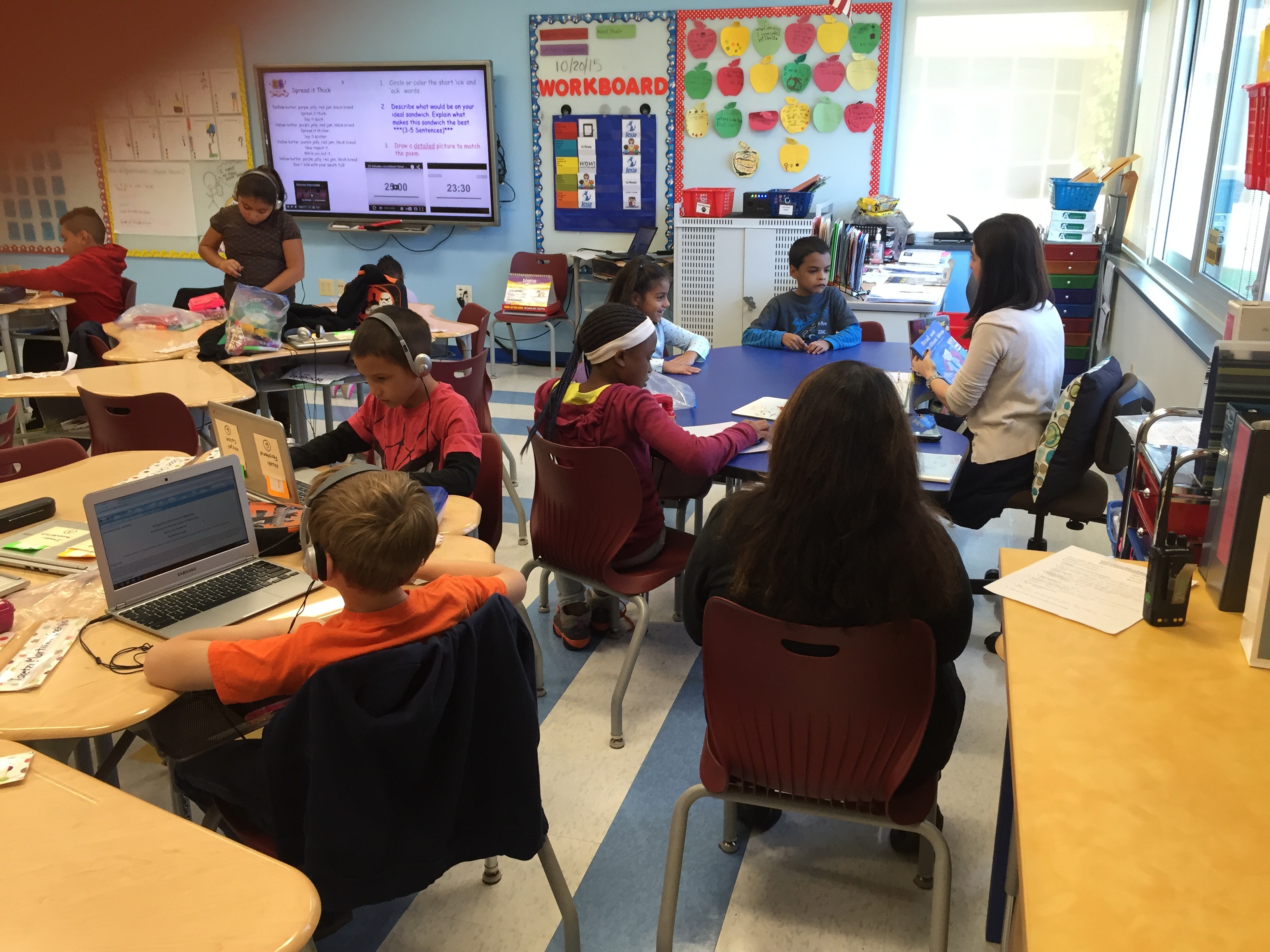 Thanks to a law signed last year, Nevada’s school districts and charter schools may now participate in a groundbreaking new pilot program to utilize competency-based education.  They must first submit an application to the Nevada Department of Education before the deadline on April 11, 2018. Details and the application are available here.

Nevada defines Competency-Based Education as “A system of instruction by which a pupil advances to a higher level of learning when the pupil demonstrates mastery of a concept or skill, regardless of the time, place or pace at which the pupil progresses.”

So in other words, mastery of specific academic content, and not just the 100-year-old system of meeting seat-time requirements, can become the measure of when a student is ready to move on to the next lesson — an important step for schools looking to personalize teaching and learning for all students.

The pilot, which remains unfunded, represents an important opportunity for Nevada schools.  Feel free to reach out to me at don<at>nevadaaction.org if you’re interested in learning more about personalized learning or competency-based education.

‘Relatively strong, improving, though with major challenges remaining’, is one way a new evaluation of Nevada’s laws governing its public charter schools can be summarized succinctly.

The report released this week is considered the nation’s most authoritative of its kind.  Its authors considered a range of factors, and identified relative strengths and weaknesses of Nevada’s legal and funding frameworks for charter schools.

Strengths in Nevada’s system included its system which uses two statewide agencies, called “authorizers” with the authority to approve and oversee charter schools, in addition to school districts which also supervise some charter schools.  Charter schools in Nevada benefit from robust levels of operating and financial autonomy in their work.  The strong accountability system for measuring the quality of charter schools here also earned praise in the evaluation.

With more than 5,500 students served, Nevada’s two large statewide virtual charter schools, Nevada Virtual Academy and Nevada Connections Academy, factor very prominently into any analysis of how Nevada’s charter school students perform overall.  While each of these schools remains a popular choice among Nevada’s families, their overall academic performance and lower graduation rates have been the focus of extensive deliberations by the Nevada State Public Charter School Authority in recent years.

Charter schools are public schools, free for students to attend, that are granted flexibility from a wide range of school district requirements in exchange for demonstrating agreed-upon levels of academic performance.

“A robust policy framework would do two things: promote an intellectually demanding curriculum for all students, and enable a space in which distinctive schools (i.e., private schools, charter schools) can flourish.”

Ashley Rogers Berner, No One Way to School: Pluralism and American Public Education, 2017

One in five Nevada eighth graders scored at grade-level proficiency in math last year on the state’s Smarter Balanced assessment, while only two in five did so in English language arts.

Of Nevada’s graduates who go on to higher education, three in five require placement in a remediation course in reading, math or both.

Enrollment in Nevada’s approved education programs has declined substantially since 2010. Even among license-ready graduates of these programs, between 10 and 16 percent choose not to teach, to teach in schools that do not require licensure, or to teach in other states.

About two-thirds of new Nevada teacher licenses are granted to teachers prepared out of state. 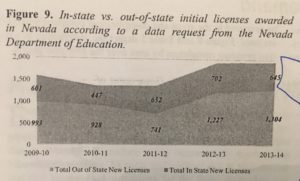 Nevada Consortium on the Teacher Pipeline, 2017

Census projections indicate that Nevada will need to create more than 250,000 new seats in schools over the next decade or so.

Brookings Mountain West noted that the target industries that rely most on workers with STEM training are contributing disproportionately to Nevada’s quality job growth.

Nonpublic Schools Struggle With Hires Too

Leaders of top private and independent schools also report struggling to fill their teaching openings with the high-quality candidates they seek.

They describe Teach for America alumni as among their most coveted potential hires, a source of human capital that would allow them to expand to serve more students.

Just 39 percent of UNLV undergraduates finish within 6 years, and just 46 percent at UNR do.

According to the U.S. Department of Education, only New York as a lower percentage than Nevada’s 18 percent of teachers in their first 5 years of experience.

Would a Nobel Laureate in economics or math be qualified to teach in a Nevada high school?

Accomplished professionals with training and experience in their discipline must often take as many as 72 credit hours of transitional ed-school coursework as part of their ARL pathway.

When factoring net monthly income, cost of living, retirement benefits and student debt burden, teaching in Clark County compares quite favorably to other markets, including the Los Angeles Unified School District, according to one soon-to-be-published report by researchers at UNLV’s College of Education

Nevada’s teacher retirement plan was graded ‘F’ earlier this year by nationally-renowned Bellwether Education Partners. Their analysis estimated that only 32 percent of Nevada teachers will break even from participating in the retirement system, and that 51 percent of the plan’s pension contributions today are going toward pension debt.

For a mid-career professional who anticipates ten years or less of teaching, being required to participate in PERS represents a daunting financial commitment.

Leaders of some top-performing charter schools express concern that this requirement harms their ability to recruit the teachers they want.

What Can Be Done?

Allow charter schools to opt out of PERS

Maximize government incentive programs, like the Good Neighbor Next Door programs from the federal Department of Housing and Urban Development, to create new incentives for teachers to live where they are needed, especially in more expensive markets like Reno.