An important development for Nevada’s families of children with special needs emerged in the final hours of this legislative session.

A provision inserted into SB 461 by Senator Scott Hammond created a $5 million fund for grants to children with disabilities.  These funds can be accessed for a wide range of education-related purposes to confront learning loss, including in-person or online tutoring, assistive or other technology, career training or even transportation.

All learners under 18 years of age with special needs are eligible, regardless of where they receive their schooling.  The grant program utilizes funding from the federal American Rescue Plan and will be administered by the Nevada Treasurer’s office via the ABLE Savings Program.

Maximum grant amounts and other details will be made public in the coming weeks.

“I was thankful that the leadership of the majority party was willing to work with me to create this valuable opportunity for our special needs learners during the final days of the session,” said Senator Hammond.  “The pandemic made it difficult for all families to keep their children’s learning on track, and especially for children with disabilities.  This special program of assistance will make a valuable difference for all of Nevada’s community of special needs learners, including those who homeschool or attend nonpublic schools.” 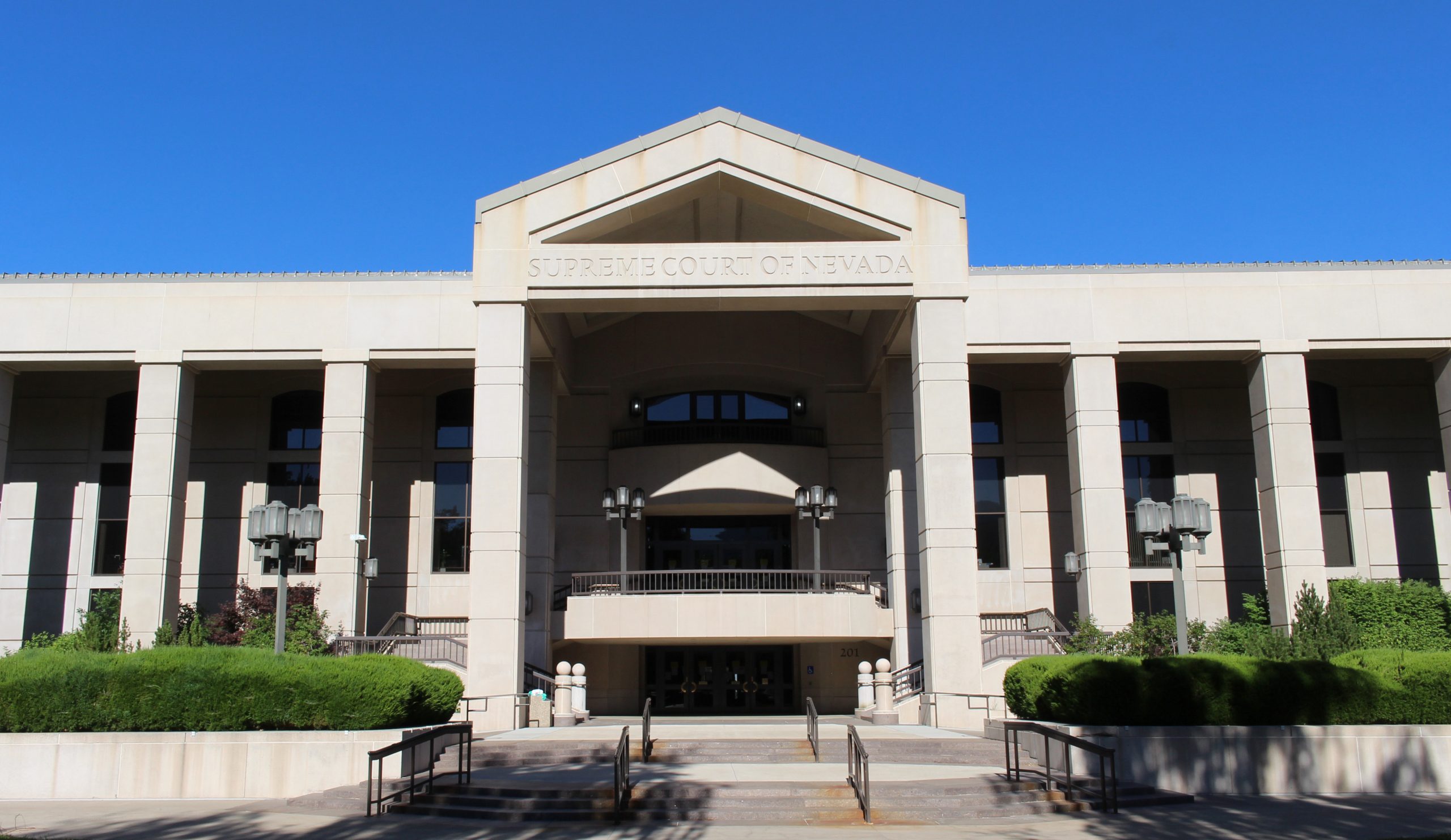 Today’s ruling by the Nevada Supreme Court issued a clear declaration that legislated increases to tax revenue require a two-thirds supermajority vote in order to remain constitutional, but supporters of school choice were left disappointed when the decision left untouched other provisions of the problematic law which undermined popular choice programs.

The decision reversed parts of a law, SB551, passed in the final hour of the 2019 Nevada legislative session along straight party lines, that increased tax revenue in different ways.  This has substantial implications for a state budget that relies on that revenue (about $100 per biennium) and also for future legislative deliberations with an eye on new tax dollars.

School choice advocates had hoped that the highly-anticipated ruling would strike down SB551 in its entirety, while the court instead decided to include in its scope only those sections that directly addressed the funding increases.

The most impactful of the law’s restrictions on school choice addressed Nevada’s Opportunity Scholarship Program, interpreted as mandating that only students who had received scholarships for the previous school year would be eligible for new scholarships, and only then only from the same scholarship organization.

Another provision in SB551 eliminated the Education Savings Account program from statute.

The law in question was also harmful to Nevada’s state charter schools, with a provision that excluded them from $72 million in supplemental support for other Nevada public schools.

These three school choice programs have consistently registered by Nevadans as among the most popular among all policy programs.  In a poll published by Nevada Action for School Options during the last legislative session, seven out of ten Nevada Hispanics and African-Americans registered their support for the Opportunity Scholarship program (with support even higher among parents with school-aged children within both groups).

Among parents of school-aged children, 80 percent indicated that the Education Savings Account program, as well as Opportunity Scholarships, should be available to all families, regardless of their household income levels.

Nevadans have also remained strong supporters of charter schools, with 70 percent of Hispanic and 69 percent of African-American respondents in support of these public school options.

These findings are aligned with numerous other scientific polls in recent years.

It can be hoped that state lawmakers, avid studiers of trends in popular opinion, will register this striking disconnect between the strong popularity of school choice programs among Nevadans and the agendas of the leaders responsible for the anti-choice measures in SB551, and look for opportunities to move toward strengthening diverse school options for more Nevada families.

This article was originally published by the American Enterprise Institute on April 13, 2021, as part of the organization’s Sketching a New Conservative Education Agenda Series, where it can found in its entirety here.

This partnership microschooling model is adaptable and can be used in a variety of settings, including employers looking to help their employees with schooling options for their children, churches working with their congregations and communities, and other municipalities. A wide range of locations are suitable for microschooling, from empty office buildings to church rooms to rec centers and libraries.

The whole concept, even the municipal services contract that created SNUMA, bringing together knowledgeable education leaders, capable managers, and forward-thinking government leaders, is elegantly simple. As such, it is an attractive solution to a massive, common problem: oversized, mismanaged county school districts whose ineffectiveness threatens the future livelihoods of their own communities.

At first, SNUMA met with sharp resistance from some in or aligned with school district leadership, who publicly worried about the complications family withdrawals from underperforming district schools would present for future budget cycles. Critics scrutinized state education laws, seeking any statutory lines this radical new model may have crossed. As more state officials visited SNUMA and observed its success firsthand, such challenges have waned.

Nonetheless, leaders in different states who are considering adopting their own public-private microschooling partnership models should search their states’ statutory and regulatory infrastructure for prohibitions or obstacles that could be addressed early in the planning process.

Partnership microschools using the SNUMA model should appeal to conservatives for several reasons. They are substantially less expensive than most existing schooling models and much more productive in terms of inputs and outcomes. They are nimble and able to meet the evolving needs of small groups of learners in ways that even charter schools struggle to do. They can operate outside the regulatory tentacles of public school systems and the lawmakers and regulators who incessantly complicate schooling.

And most importantly, they are what families want. When asked if they would return to traditional public school when it reopened, the majority of the parents who have children participating in SNUMA responded that they would prefer their children stay at SNUMA. One parent stated on a formal survey, “I think SNUMA is as strong or stronger academically due to smaller class size, more personalized attention, self-paced learning. I can see kids achieving much more in this type of setting than in a traditional school.”

Born as a necessary, rational response to the pandemic, partnership microschools like SNUMA are not going away with the end of this school year. The model is well suited to be a reasonable alternative to large, underperforming county school districts going forward, and it should be championed by any seeking new options for families underserved by present systems.

You can read the full article here at the American Enterprise Institute’s website. 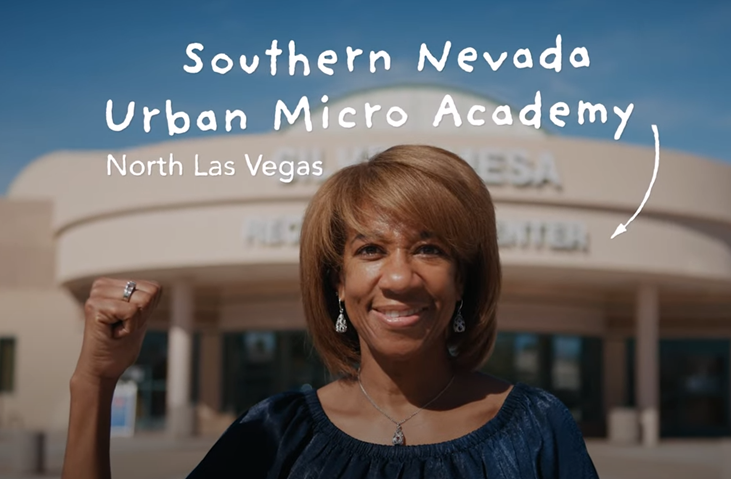 The Southern Nevada Urban Micro Academy (SNUMA) is a first-of-its-kind partnership between the city government of North Las Vegas and Nevada Action for School Options, an innovation-focused education nonprofit, to create microschools designed specifically to counter pandemic learning loss as an equitable, measurable in-person solution for city families.  We hope you’ll take two minutes to watch this mini-documentary about this unique work.

Special thanks to the forward-thinking leadership of the City of North Las Vegas, to all of our remarkable partners and relentless team, to the VELA Education Fund, and to Universe Creative for making this video possible. 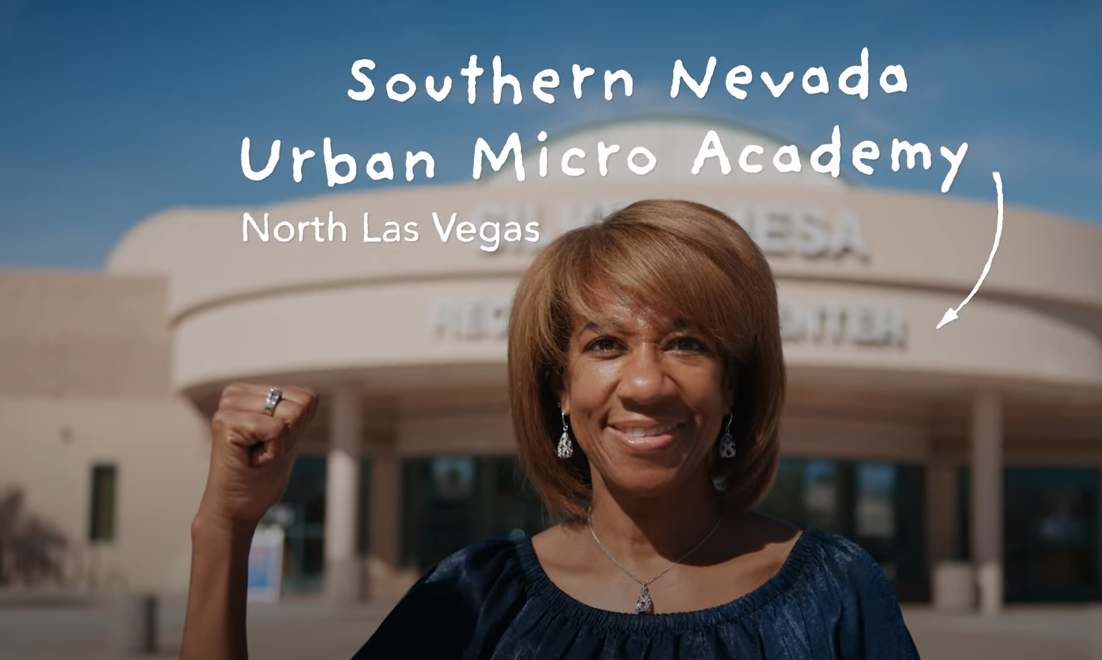 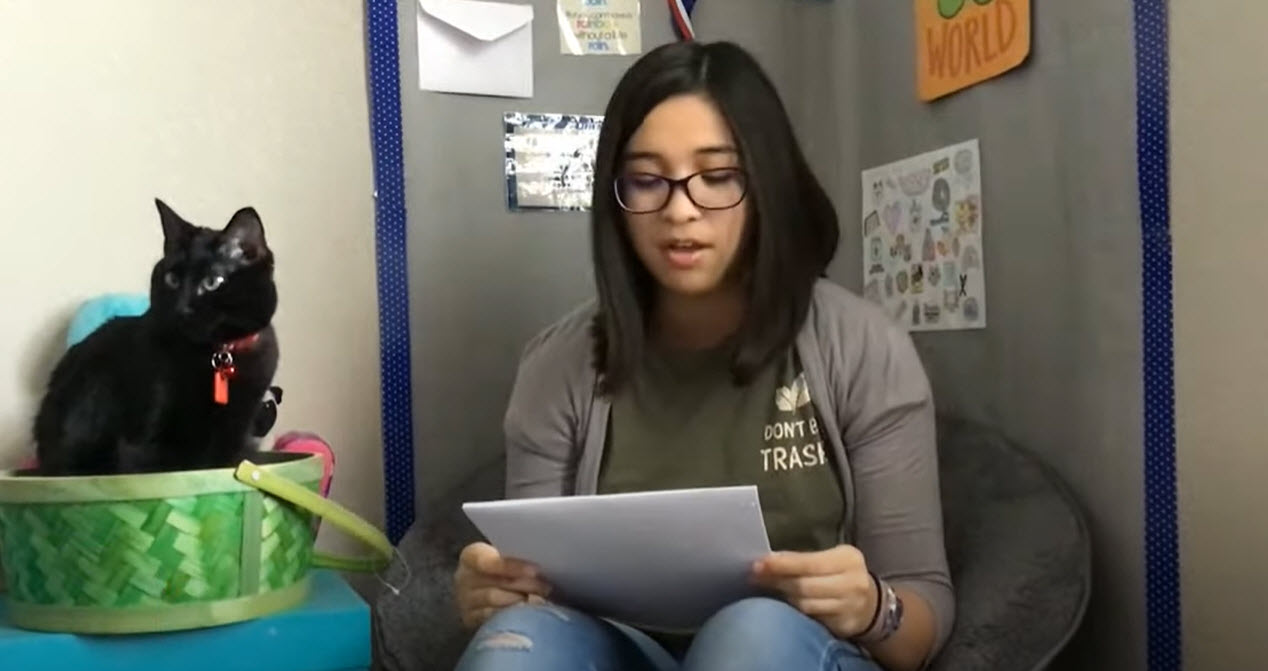 As we have done in the past, all participants are eligible to join our end-of-month video poetry reading event, and winners will be shared especially broadly.

This year’s theme: Experience Poems!  This can mean most anything that resonates for you.  Last year, the pandemic inspired our “When I Get My World Back” theme.  Now, as our world is opening up to living experiences, feel free to write about what experiences you are wishing for, planning for, doing, or thinking of longingly. Visiting a place, a relative, a friend, or doing something you’ve only read or dreamed of. — what inspires you, and what you want to inspire others by sharing, is what we want most to enjoy and share.

If you’re looking for examples, we know you and your kids will enjoy the ten minute video from our 2020 “When I Get My World Back” Poetry Event.

Any school-aged child is eligible, regardless of where they receive their schooling. Entries will be grouped in age-level bands.  So please include your child’s name, age/grade, and school (including Nevada homeschool, private, public charter and district-operated public school).

Please submit your poem and/or video to info@nevadaaction.org by midnight, Monday, April 26.  Once again, a VIP panel of judges will select poems worthy of commendation across a wide range of creative categories.

Thank you and good luck!

To get you started thinking, here is a favorite poem about experience itself by Mark Doty.

Experience is an intact fruit

core and flesh of it;

entered, it can’t be the same,