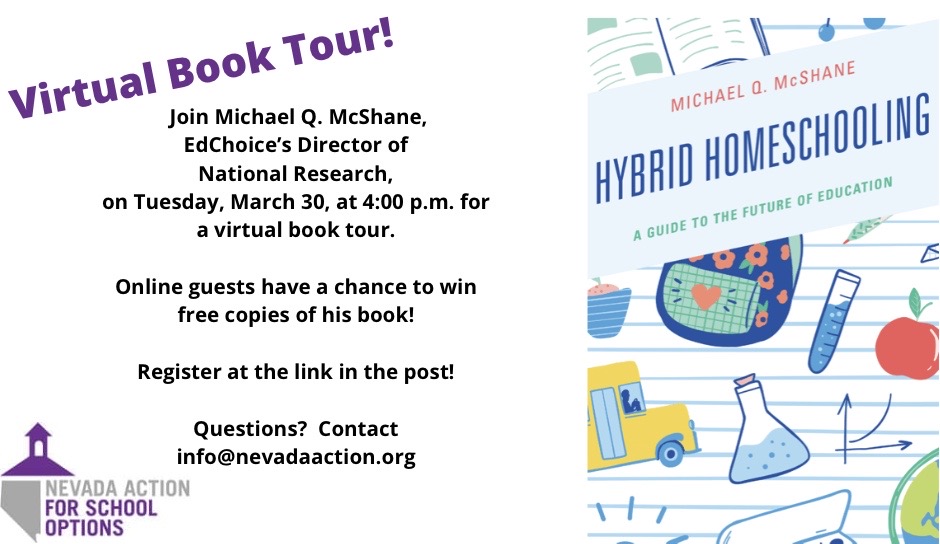 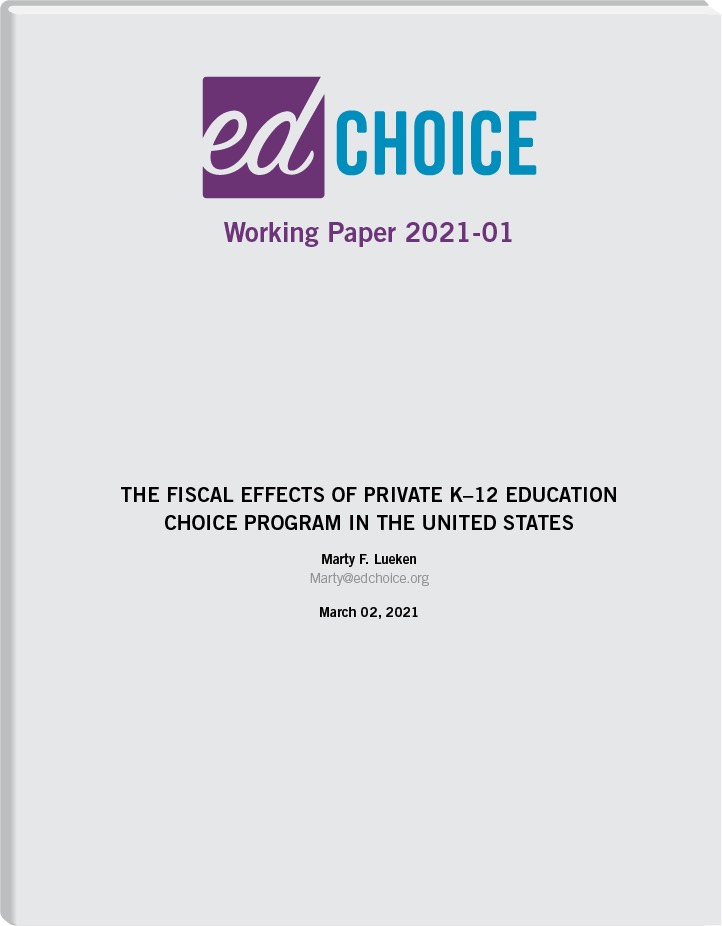 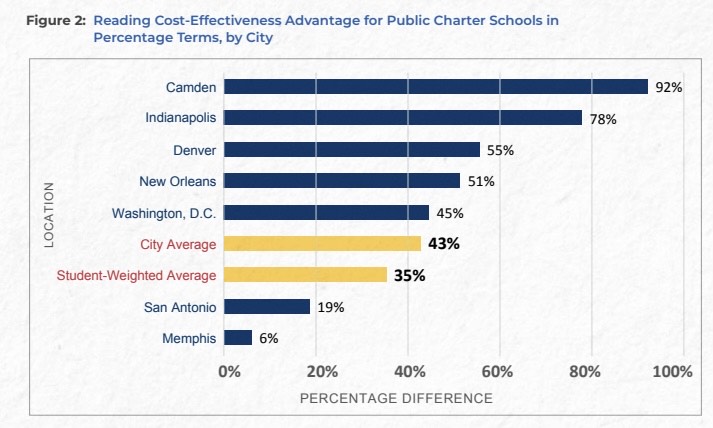 Charter schools in seven U.S. cities were responsible for learning gains projected to produce nearly half a million dollars in total lifetime earnings by their graduates, according to a new study by the University of Arkansas’ Department.

What’s more, each dollar invested in a child’s K-12 schooling creates, on average, $8.00 in lifetime earnings in public charter schools.  This compares favorably to $5.46 in lifetime earnings in traditional public schools for each dollar spent.  This a higher return on investment of $2.54 per dollar in the charter versus traditional district-run sectors, effectively a 46 percent return on investment advantage, according the the study authors.

Public charter schools, which serve all students and are operated by private, usually nonprofit, operators, generally receive less per-student funding than traditional public schools, and are not included in other subsidies frequently granted to school districts, such as funding earmarked for facilities or direct legislative appropriations.  In the final day of Nevada’s last legislative session, for example, $72 million in operating funding was appropriated to be split between school district schools, but state charter schools were bypassed.

Camden, NJ, charter schools posted the highest advantage among the cities in the study in student reading achievement gains compared with their school district. 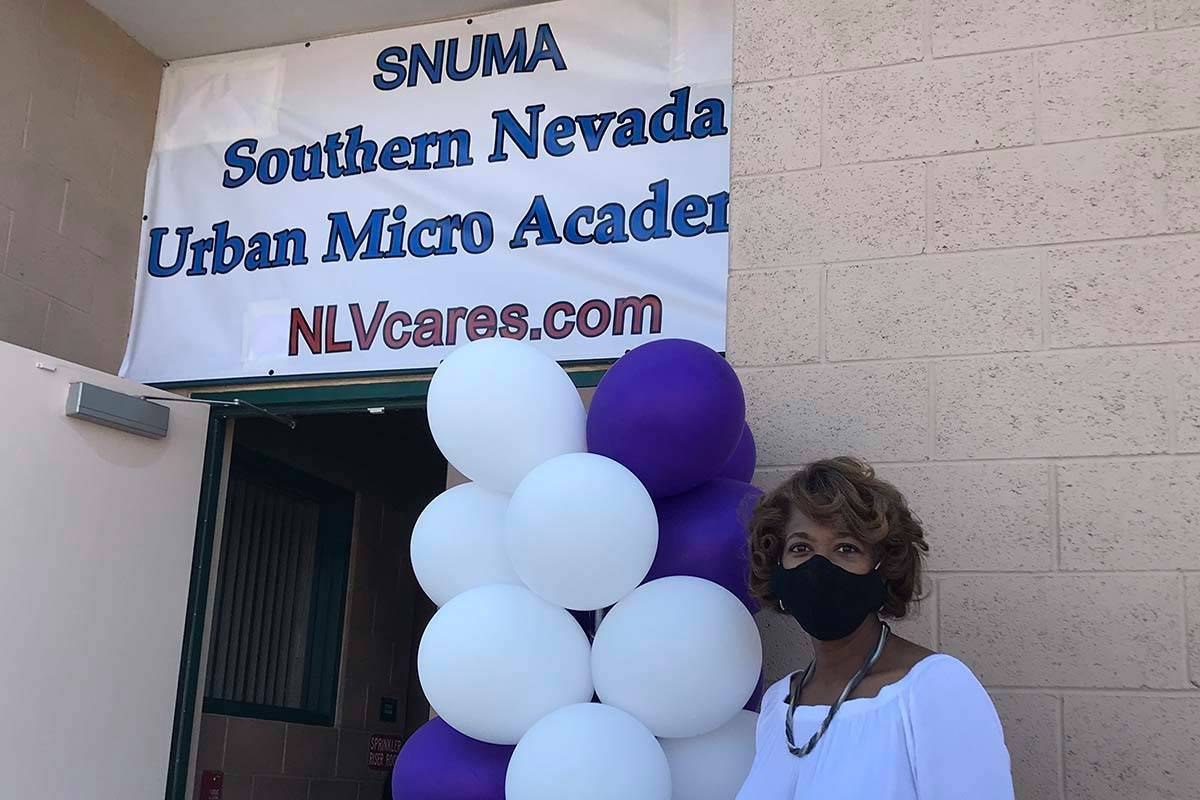 Last week, the North Las Vegas City Council approved unanimously a plan to extend its Southern Nevada Urban Micro Academy (SMUMA) into 2021.  This first-of-its-kind public-private partnership between one of Nevada’s fastest-growing cities, and perhaps the municipality hardest hit by the pandemic, and our education nonprofit organization, established and operates in-person microschools in two North Las Vegas recreation centers and one library.

As parents and educators everywhere dig deep daily for the perseverance to overcome learning loss during pandemic conditions, learning gains are very much at the heart of SNUMA’s unique model.  In our first semester they have been on par with the nation’s top public/charter schools even during “normal” times — 3 out of 4 children came to us in August below grade level (mostly well more than a year below).  Already 3 out of 5 are at or above grade level in English Language Arts. The story in math is a similar one.  Learning growth is thriving at levels North Las Vegas schools have seldom, if ever, seen, and our families, with whom we enjoy some of the closest interactive relationships of our careers in education, tell us their children’s learning is thriving at levels at least on par with any they have experienced.

Our gratitude for the deep partnerships that make SNUMA’s microschooling success possible runs deep.  The astutely compassionate vision from which North Las Vegas leaders like Mayor John Lee, Councilwoman Pamela Goynes-Brown, and City Manager Ryann Juden operate to serve the needs of their community pave a powerful path for a responsive and highly-effective partnership for SNUMA. City IT and library and recreation center staffs demonstrate consummate professionalism and expertise allowing SNUMA to operate smoothly and safely throughout the most challenging of pandemic conditions.  National philanthropic partner Cadence Learning’s generosity in providing its world-class, cutting edge learning model and content for our older children (which they have free of charge, incredibly, since day one) deepens their academic and whole-child learning experience every day.  Our experienced team of learning guides brings their can’t stop/won’t stop energy every single day.  And the insuppressible spirit of the families we serve makes SNUMA’s success one born of love for both our learners and their learning.

As SNUMA blazes forward into its unprecedented second semester of “Microschooling to make the powerless powerful,” we look forward to sharing the lessons and takeaways from our experiences in this space – check back often.  To learn more about SNUMA, and for registration information, click here. 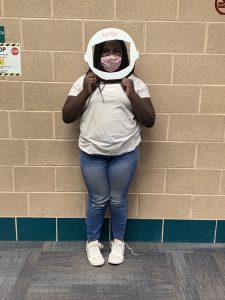 A fourth grade child in SNUMA has fun posing as an astronaut while talking about historical figures in America. 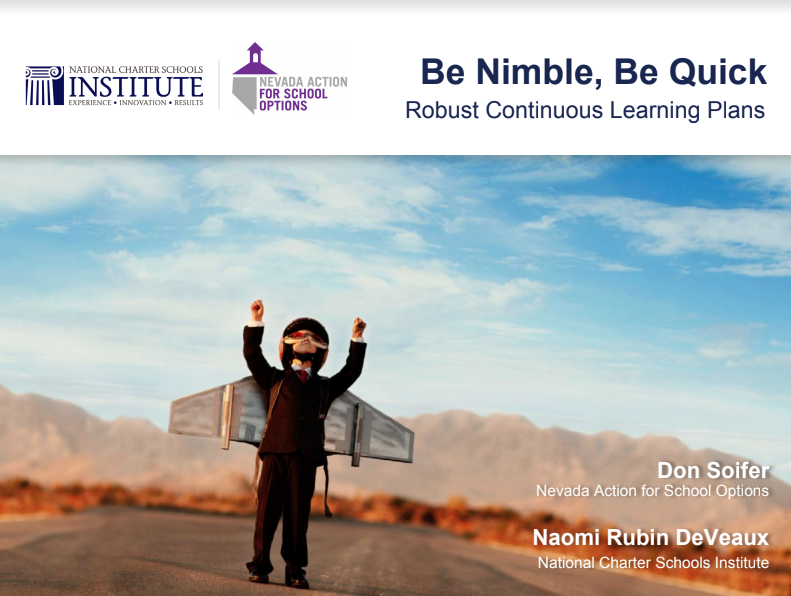 Presentation to the Coalition of Public Independent Charter Schools

Charter schools are generally smaller and less bureaucratic, so generally thought to be well positioned to respond to and navigate through these unprecedented times nimbly and quickly.  Are they and will they?

This is easier said than done, of course.  This presentation focuses on seven ares that, when addressed schoolwide, will lead to higher-quality distance instruction that meets the needs of all students: