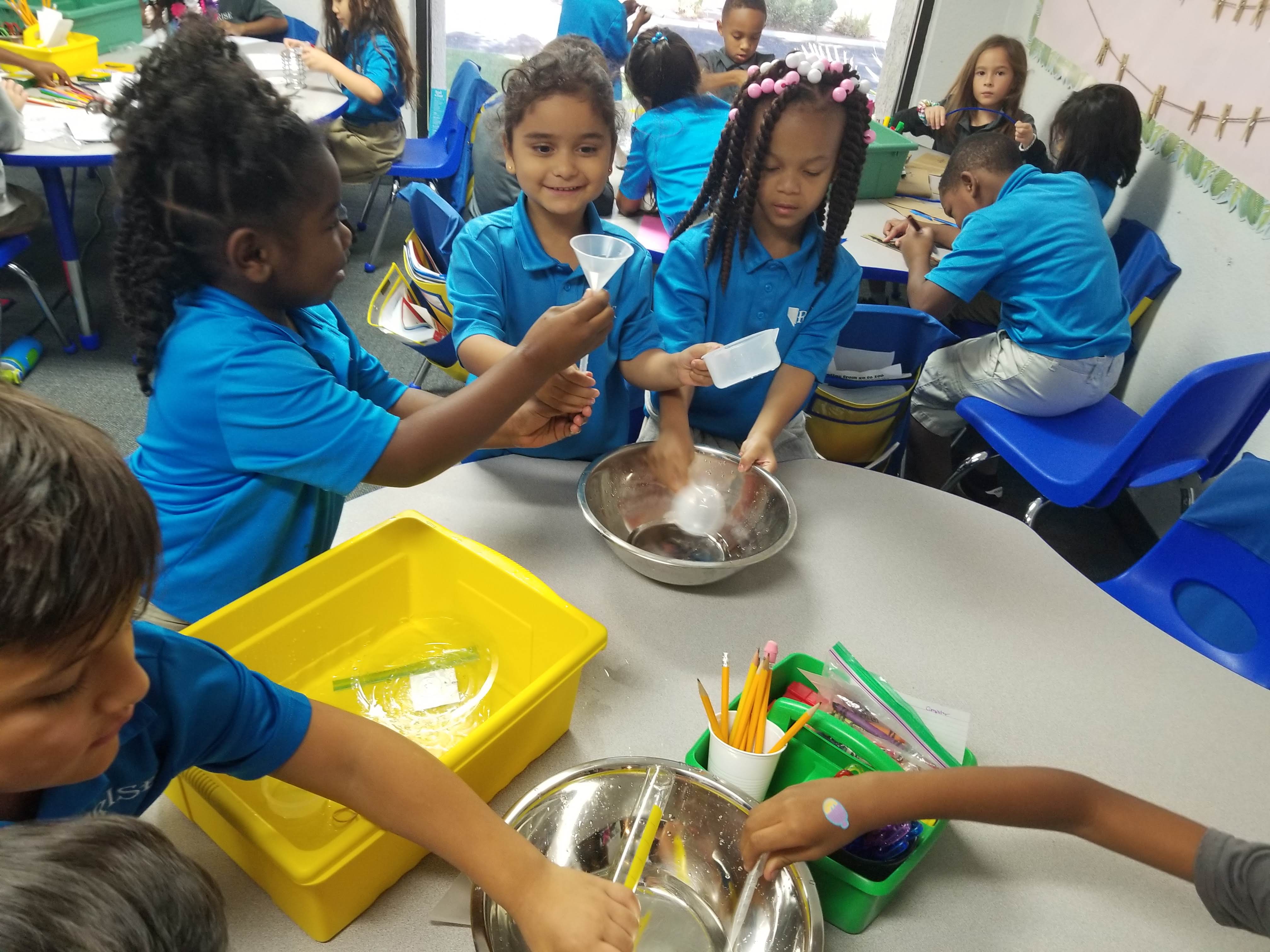 It’s late May, and even though the temperature in the auditorium has crept beyond comfort level, the room is filled with patient parents, grandparents, and extended family members. They are here to watch their students perform in this year’s fourth and final University Night, a collection of art, performance, culture, and history. 120 kindergarten and first grade students line the edge of the room, waiting for their entrance cue. A year ago this school didn’t exist, but tonight Nevada Rise is standing room only.

A year ago, this packed auditorium was a church sanctuary. In fact, it still is every Sunday. That’s one of the struggles in opening a new school of choice in Las Vegas–finding a suitable space. Nevada Rise, a tuition-free public charter school, shares the church with another charter school, Nevada Prep, Monday through Friday.

The school was designed to serve kids with limited educational options. Justin Brecht, Executive Director of Nevada Rise, struggled to find a suitable facility in a high-need part of town and had to think creatively; t 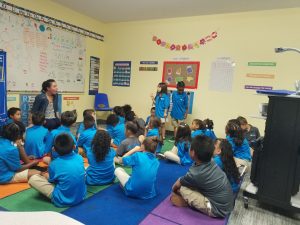 he shared church works. It’s situated on a residential street between two gated communities (it’s rumored that Don King lives in one of them), and right around the corner is Section 8 housing. Its location draws a large mix of kids–the school’s student population is  51% Latino, 28% Black, 10% two or more races, 8% White, and 2% Asian/Pacific Islander.

The Nevada Rise team succeeded in finding the student student population it sought.  In its first year, 88 percent of its students qualified for free or reduced-price meals under the federal school lunch program, a measure of household income.  In fact, 76 percent of its students qualified under the “free lunch” requirement, according to official records. Each of these numbers place Nevada Rise as among the schools in all of Nevada serving the highest rates of students in these groups.

Eight years ago, Mr. Brecht was a teacher in CCSD when he had an innovative idea–he asked his principal if he could extend the school day for his class to incorporate more movement, art, and character education. Students opted into the class, called Brick, and made a commitment to attend the extra hours and to work to meet rigorous academic expectations. At the end of the first year, students in Brick were at the top of their school, outperforming all other classes. As Brick’s success grew over the years, Mr. Brecht began to plan to create a school based on its success.

He did so with the support of Building Excellent Schools, a fellowship designed to prepare school leaders to build and lead high-performing charter schools. He spent his fellowship year planning every aspect of his new school, and receives regular, ongoing support from the program now that his school has opened. The school also receives ongoing support from Opportunity 180, a nonprofit focused on changing educational outcomes for kids in Nevada. The nonprofit highlighted Nevada Rise in its Great Classrooms Video Series. 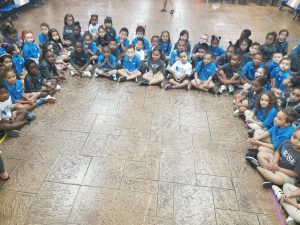 At Nevada Rise, the bones of Brick are apparent. Academic and behavioral expectations are high. Every student practices visual and performing arts. Yoga is a regular part of the curriculum. And just like at Brick, students at Nevada Rise outperformed their peers: NWEA Map tests from the first year placed most Nevada Rise students in the 99th percentile for growth in reading and math compared to other students across the country. This means that Rise students performed better than 99% of other students in similar schools, in similar neighborhoods, from similar backgrounds. Nevada Rise is poised to make a real difference for its students.

Families drive from all over the Las Vegas valley to attend Nevada Rise. One family drives an hour each way, twice a day, to bring their daughter to the school. Her father looked at several options closer to home before running across Mr. Brecht at a recruiting event. When he heard Mr. Brecht’s passion for providing a high-quality education to kids in high-need areas, he knew it was the right fit for his daughter. There was nothing near home that he felt could provide Rise’s unique mix of culture, character, and academics. That’s the beauty of school choice: every student can have access to a school that meets their unique needs.

The unique nature of Nevada Rise has led to some difficulties in staffing. Talented teachers are already hard to come by, and Rise teachers also have to be great with classroom management, comfortable with constant feedback on their work, and committed to working with a high-needs population. “Talent matters,” Mr. Brecht said; one of the hardest lessons he learned in year one came from looking back at hiring decisions. “You can build all the systems and structures for an effective school, but you need the right people to facilitate. Finding those people can be hard.” By the end of year one, he had made changes to his hiring practices. “It’s an ongoing process,” he said. “If the focus isn’t 100% on student growth, the school will fall short of its goals.”

One of his new hires this year, Desiree Brumfield, went through the revised process. She completed a phone interview, an in-person interview, taught a model lesson to a small group of students, then waited two grueling months to get word. “I moved to Nevada from Kentucky to work with Justin. I believe in the work he’s doing and I see the difference it’s making for kids.” The days are long, she says, and the work is hard, but it’s also rewarding.

And tonight, in this packed church-sanctuary-turned-auditorium, the reward is clear. Each class performs a song and dance routine, and many eyes fill with tears of pride at the sight. At the end of the night, a lone mylar balloon is left floating high under the ceiling, and Mr. Brecht climbs a chair and uses a broom handle to pull it down. A balloon might be okay in a school auditorium, but it would be out of place come Sunday Morning. It’s 8:30 PM, and he’s been here since 6:00 this morning. The days are long, and the work is hard, but it’s also rewarding.

Eight years ago Mr. Brecht was a teacher with an innovative idea, and now he’s running the school that grew from that idea. If you’d like to be a part of Nevada Rise, as an enrolled family, an advocate, or a supporter, you can reach the school at 702-336-7060.