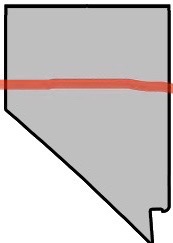 Results released today from the National Assessment of Educational Progress (NAEP), known as the Nation’s Report Card, seem to reinforce what educators have observed for decades – that making gains in academic proficiency for substantial populations of students generally remains a slow and difficult process.

For Nevada students in the eighth grade, 26 percent scored at grade-level proficiency or above in mathematics — the same level as in 2015, and two percentage points lower than their 2017 results.

In reading, Nevada’s eighth-grade students scored at or above proficient at a rate of 29 percent, or one percentage point above their performance in both 2015 and 2017, a gain considered not statistically significant by researchers.

For eighth grade students, scoring at “Below Basic” levels on NAEP is usually considered a distressing predictor that these students will fail to graduate high school on time.

Students demonstrating “Below Basic” skills in math indicate that they lack “partial mastery of the knowledge and skills that are fundamental for proficient work at a given grade.” In reading, “Below Basic” skills mean that they are unprepared to find information in a document or make connections between simple concepts in two different texts.

Steep achievement gaps between groups of students remain a troubling characteristic indicated by Nevada’s NAEP performance.  Students eligible for free or reduced-price lunches through the National School Lunch program remain twice as likely to score at “Below Basic” levels as their classmates who are not eligible.  In fact, half of all program-eligible students scored “Below Basic” in math, and 40 forty percent did so in reading.

Students in Nevada’s public charter schools performed at substantially higher levels — 26 percent proficient or above in math and 37 percent in reading, with 23 and 17 percent percent demonstrating skills at “Below Basic” levels, at the eight grade.

It should be noted that moving toward greater demographic parity with state averages has been a priority for Nevada charter sector leaders, who have reported significant progress toward this goal on a yearly basis.

The NAEP is administered every other year at grades four, eight and twelve.

The absence of compelling achievement gains will register as frustrating for Nevada’s education leaders.  But educators know that improved outcomes will not happen by magic. Large-scale improvements in our public education systems and the student academic outcomes they produce cannot be expected to happen overnight.

At the rate of progress indicated by these latest NAEP results, such improvements are likely to take decades, absent major changes to the systems which drive them.  Decisionmakers intent on improving Nevada’s school outcomes in real, meaningful ways must begin with the fundamental step of acknowledging, and accepting responsibility, for making such changes a reality.