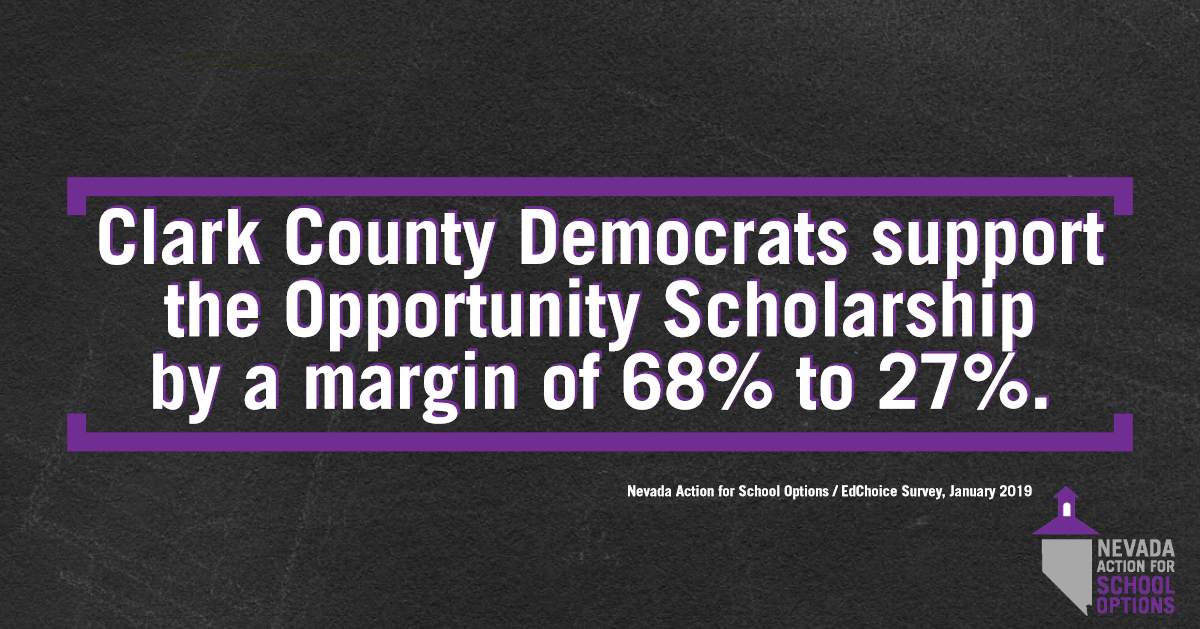 Nevada’s Opportunity Scholarship program is relatively tiny — during the most recent, 2018-19 school year, 2,300 income-eligible students received scholarships statewide.  Nonetheless, it remains one of Nevada’s most popular education programs, across nearly every group measured, according to a scientific 2019 poll published in February.

Overall, 68 percent of all Nevadans support the Opportunity Scholarship program, while only 29 percent oppose it. Support polled highest among (in order): middle-aged adults, millennials, African-Americans, and those living in Nevada’s suburbs.

In fact, the poll found that, when the interviewer included a brief explanatory note about the program, respondents who identified themselves as Democrats living in Clark County expressed support for the Opportunity Scholarship program at a rate of 68 percent in favor and 27 percent opposed. Without the added definition, support from this group was still quite strong — 44 percent in support and 13 percent opposed. 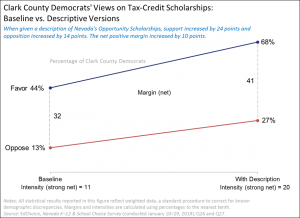 Nevadans who were “strongly opposed” to the Opportunity Scholarship program were much more likely to be from higher-income households (18 percent with annual incomes greater than $60,000) than low-income homes (7 percent with incomes below $40,000).

The Opportunity Scholarship program began in 2015.  It permits students from households whose income falls within 300 percent of the federal poverty line to apply for scholarships to attend participating private schools.  The average scholarship size was approximately $4,500, and the average annual household income for recipients is $45,694, according to the Nevada Department of Education. Businesses receive tax credits against their Modified Business Tax liability in the amount of their approved contributions.

The full polling methodology, including scripts and data, is published online here.